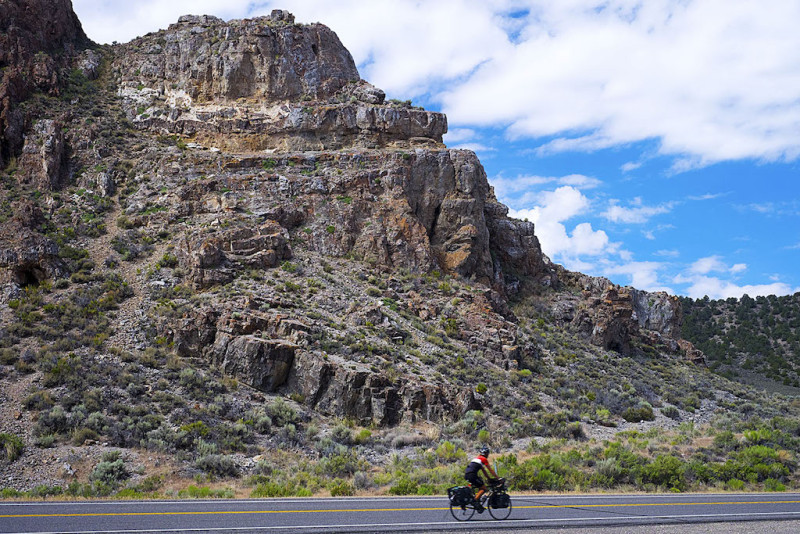 A few weeks ago (seems like ages now) I left Ely, Nevada on my way “home” to western Nevada. The Girl and I were not in a particular hurry. Although there was work to do (both the paying and non-paying kinds), there was little reason to rush and I spent much of my life rushing from one point to another, from one responsibility to another, and I’m just tired of all that rushing and pressure.

My new philosophy is to stop when I feel like it, look around, see what God offers, accept that with gratitude, and make the capture, enjoy the moment, or whatever response is called for at that point in time. Perhaps another statement would be “Embrace Uncertainty.” That has been my direction for this year.

Let me explain. At the beginning of this year I spent some time reflecting on the events of the last several years. There were trials and there were great times between 2011 and 2015. My future, though, was uncertain.

Over a period of a few weeks, a common theme emerged from my regular reading — “Embrace Uncertainty.”

Life is inherently uncertain. In our arrogance we believe we can plan years into the future. (Said planning has value, but one must remember that plans can and will change in response to outside influence.) I had arrived at a point where I did not know what was next. I thought my engagement might last long enough for me to reach full retirement age.

“No!” was the resounding answer from the universe. “That’s not the plan.”

Therefore, here I am. I have a vague notion of what I will do next. I will finish this report and a couple small projects. Then, I will go see Daughter and her family. After that I don’t know.

And that leads me to the serendipity of the capture above. The Girl and I paused for a respite on our journey. I wanted to be out of the 4Runner and in the morning air. She wanted to do doggie-things. I had my camera. The long-distance rider passed by and I made the capture. I have the feeling that there will be many more of these opportunities, God willing.

One thought on “East from Austin, Nevada”