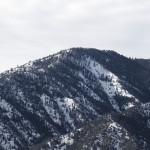 Yesterday was the last day of my year of firsts. In many respects, I’m glad it’s over.

I haven’t been writing much, here, although I worked my journal pretty hard. Early last week, as I prepared to travel to southern Nevada for fieldwork, I contracted bronchitis. So I delayed my departure that Thursday morning and drove to the Walmart walk-in clinic to see a medical provider. I know my body. When I get bronchitis (usually a viral infection) I am susceptible to a secondary bacterial infection that will keep me sick for a month if I don’t receive treatment. I learned to seek treatment early and take a round of antibiotics. Then I avoid the secondary respiratory infection that nearly always happens.

We made the trip and accomplished the tasks set before us. It’s another story; maybe I’ll tell it yet.

The last week was spent trying to recover from my bronchitis, trying to catch up after missing part of the weekend (to do chores), and working on a project with a hard deadline. I finally figured out what happened for my project (it’s a forensic project) yesterday afternoon. This is a good thing. Now I’ll finalize my report and supporting documentation and get it done.

In my off-time, I reflected on my life with Wife and read through my journal from a year ago. From my current perspective, I know how it all turned out. I didn’t at the time I wrote my journal. However, then, even a few weeks before she died, I knew things were not going well. I could see her energy ebbing as the days passed, despite the medical team’s effort to get the lymphoma under control. It was like watching a slow-motion train wreck.

Over the last year, I wrote several times how I hate that the lymphoma took her voice and ability to interact with me. Our joint life revolved around time together and talk. I loved to interact with Wife and that’s the thing I miss the most. We spent many hours over breakfast solving all the problems of our lives and the World’s.

I wept a few times the last week as I recalled how it was all winding down a year ago. I knew this watershed approached and wondered how it might feel — whether it would be like the passing of a birthday (“Do I feel older, nope…”) or if something more substantial would occur.

Well, yesterday was the last day of my year of firsts. I wept a few times as I recalled Wife’s last day. We knew she was dying soon — the hospice nurse told us three to five days. (Wife lasted another twelve hours.) When she took her last few breaths and tried to interact with us, it was very hard. Those last moments will haunt me forever. Then she was simply gone. Well, what was left of her… a trap that kept her spirit here but locked away from her loved ones, that died and her spirit was finally released.

Wife’s death was the hard part. Then all of the busy-ness that follows a death happened and was dealt with. In many respects, that activity is something good because it provides a focal point for doers to keep busy. I’m a doer… I needed that activity.

As I reflect on my activities, I believe I did things mostly right. At the very least, I did the best I could. I gave Wife everything within my power to give. We did our best to get a cure for her lymphoma. When that failed, we gave her time, attention, and our love. We saw her through to the end. It was a mix of joy in having known her and of sadness for our loss of her wonderful presence and spirit.

Make no mistake, Wife was no saint. She had her flaws, as do we all. But there was an inherent goodness in her that I believe derived from her faith. She shared that goodness freely with almost everyone who came into contact with her. Her faith was shared in what she did, not in what she said. As a result, that circle of people around her lost something big when she died. Those of us closest to her lost the most. But everyone in her circles lost something.

Regardless of whether he gives me another year or not, my plan is to use 2014 as a year for rebuilding. Last year was a year to mourn and process all the material things left behind after Wife’s death. Most of that is done. Most of the financial impact of her death is dealt with. As my friend Jim suggested, “It still sucks, but it doesn’t suck quite as badly.”

My intent is to work this year, plan ahead financially (for retirement, full or partial), and see Young Son through another year of college. By the end of this year, he’ll be looking to go to university somewhere. That means he’ll be moving out of my house and out of my daily provision. He’ll be taking on responsibility for his support and relieving me of that. I will be released from the last of my family responsibilities.

I miss you Old Girl. I think I’ll miss you forever. Those of us who knew you, we each have a poorer life for your loss.

Edit: I think I miswrote. Today is the last day of my year of firsts. I suppose I just want it to be done.