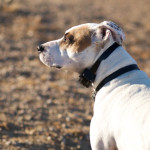 Well, sometimes it sucks to be me (as an old friend used to say). The Girl didn’t eat her breakfast Tuesday morning. I was away all day and so she did her usual thing, which is sleep. She didn’t eat her supper Tuesday evening, but our walk was OK. Later she asked to cuddle on the couch, so I sat with her awhile. She didn’t move when I went to bed, but sometime later hopped into bed with me.

I noticed she felt hot, more than usual. Sometime early in the morning, she voided her bladder… in bed. She’s never done that before. She’s particular about her house and her bed. Worse, she peed on my leg. (More on that in a bit.)

She wasn’t interested in her breakfast Wednesday morning, went out, urinated, ate a bit of grass (expected), and then vomited it up. She got back on her mat on the couch and curled up.

I called the vet and made an appointment. When we got there in the afternoon, the did the usual thing with vitals. The vet came in and took her history. Then she examined her. There wasn’t anything obvious, so they took a blood sample and ran it. Her kidney function was impaired and her counts were off. They elected to keep her, hydrate her, and start her on antibiotics while they waited for the next set of samples to be tested. The candidates were leptospirosis, one of the tick-borne diseases, or cancer.

I hated leaving my Girl behind. I knew it would be a lonely night. It was.

The vet called this morning. The Girl ate her breakfast, but threw it up. So they started an antiemetic.

The vet called again later. It is leptospirosis. It’s dangerous and causes kidney and liver damage if untreated. Unfortunately, it’s also zoonotic. So I have to go to the doctor tomorrow because I was exposed to her urine. I don’t know whether they will pull a blood sample to check me or just prescribe prophylactic antibiotics. I guess I’ll find out.

In the meantime, the Girl remains at the vet hospital. I can’t see her until her urine is clear of bacteria. It’s also not clear whether there was significant kidney or liver damage from the bacteria. I hope I caught her flu-like symptoms early enough that she’s OK. I pray about it as well. She still has several days in the hospital.

I’ve had all I want of doctors and hospitals for the rest of my life. The last couple-three years were full of them. Now my Girl is sick. Sometimes it sucks to be me.