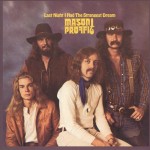 I know it’s not really the time to write about music that isn’t holiday-related, but when have I followed convention… not often (but sometimes).

Over the last couple of weeks I fleshed out my collection of Mason Proffit recordings. There are a couple I don’t have, but they are compilations or the double-album re-release of earlier work. So, I think I’m satisfied.

I’ve listened to these recordings a few times, mostly in between Christmas recordings. I can’t quite do a steady holiday-music diet. I need some variety to keep me interested. 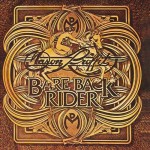 When I listened to the music in chronological order, the progression of their work was apparent. Their songwriting grew as they continued working. The musicianship was always first-rate, but I think John’s banjo and guitar work improved. 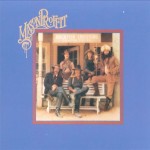 Both the songs and the recordings hold up to the test of time very well. As was common during the time, the bass is rolled-off a bit and doesn’t have the punch that modern recordings have. That’s probably more a reflection of the technology of the 1970s, but it might relate to production values. I don’t really know why, but the difference is noticeable. (And these aren’t the only recordings from the period on which I’ve noticed this.)

This is good work. My old friend Ben reminded me of Mason Proffit indirectly a couple of months ago. I’m glad he did and I’m pleased to have their work on my library. I love good music and this music reminds me of some great times with family and friends.