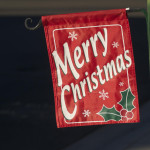 After ending 2013, I woke early 1 January 2014, made a cup of coffee, and sat down to think about the upcoming year. I remember that my dad was born on New Year’s Day. He would have been about 80-years old, give or take a few years. He died too young and I still miss him. Although he was not free with his counsel, it was his thoughts I sought and miss. Although he was not highly educated formally, he was highly educated in the school of hard knocks. He had wisdom that was hard-gained.

My brother-in-law called me on New Year’s Day. It was a good chat and he’s a man I respect and who also has seen plenty of hard times.

I then dug into my financial review of 2013 and my financial plan for 2014. In poking around for a budget planner for Moneydance (my accounting tool), I came across a link to You Need a Budget (YNAB). I read through some of their materials and downloaded a demo copy of the software. Their approach is based on four simple rules.

It took me most of the day to get my head around how their approach works. It boils down to “budget the money you have today.” This is followed by “spend last month’s income this month.”

This is an interesting approach and one I’ve been thinking about quite a lot. I haven’t lived from paycheck to paycheck in a while. But, last year I managed my cash flow very carefully because of Wife’s final medical bills, in part, and because I think I was compensating for my loss by spending money. I wasn’t stupid, but I wasn’t necessarily wise. My plan for 2014 was to be current and have enough cash in my checking account to cover the month’s expenses at the beginning of the month. The plan was to not be concerned about cash flow.

The second part of my plan was to clear all obligations except for my house and my car. The third part was to maximize my 401k contribution and regularly put money into savings for emergency use.

After reviewing the YNAB approach and the software, I bought a license for Young Son and myself. (It helped that Steam had the software on sale. I spent a good part of the day setting up my accounts and planning the next couple of months as well as a general plan for the year.

By the end of this month I will be clear except for my house and my car. I will meet one of my goals early this year. The maximum contribution to my 401k will hurt my disposable income, but I’ll be fine. I’ll adjust my spending and choose wisely how I spend my income. I probably won’t make my savings goal by the end of this year, but I’ll be better off that I was. This is a good thing.

After all of that work, yesterday morning I decided that the Girl and I needed a change of venue for morning walkies. So, we drove over to Jacks Valley Wildlife Refuge and walked out there. The Girl had a blast and I blew my legs humping it up the hill. But I found a couple of geocaches and had some nice views. I’ll post a couple of pictures over the next few days.

Another of my goals is to spend time making images. I intend to do that with both film and digital cameras. We’ll see how I do this year.