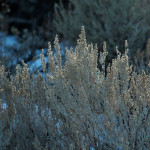 The end of the calendar year is always a time to remember, to reflect, and to look forward to what a new year brings. The actual date is irrelevant; in my country and culture the year ends on 31 December. Other countries and cultures might use a different day, but the effect is the same — a year is ending and a new year is beginning.

The Semisonic Song has a famous line Every new beginning comes from some other new beginning’s end. I used that line any number of times in my writings over the years and probably will again. It fits so many things so well. So it goes with the ending of a year and the beginning of a new year.

The celebrations tend to excess. I won’t be celebrating like that. I will retrieve Young Son from his journey to SoCal and we’ll return home. I expect we will spend a little time reflecting on the year together and remembering Wife/Mom. It seems appropriate.

As I think on 2013, it was a year of changes — some of them life-changing. I saw Wife through the end of her cancer and her life. That was a watershed event, culminating almost two years of diagnosis, treatment, rediagnosis, re-treatment, and uncertainty. She died on 19 January 2013 after the last-ditch efforts of her medical team failed. It was one of the hardest things to say goodbye.

It took me months to get my feet back under me. My struggle with the life change of losing my life-mate continues. It is not as intense as it was early in 2013, but so many things remind me of my previous life. It was not a life I wanted to give up; like Wife, it was taken from me when she died. I do not yet know what I am to be or to do, but I keep working on it.

Work all but dried up in 2013. I offered my resignation twice; both times it was rejected. I am expensive and I worry my expense drags the company down. But I’m also not quite ready to move on. Perhaps my principal engineer is right and we are about to turn the corner on work. I am willing to give it another six months, reevaluate at that time, and assess the current project climate. I am confident I can find enough contract work to keep myself fed if it comes to that. Or I could take on a teaching job, work on that nine months of the year, and spend my other time traveling, photographing, writing, and doing some contract work.

My Girl contracted leptospirosis on our way home from a Texas marketing trip. She was a sick girl and I thought I might lose her. I was unprepared for that. She pulled through the infection and is herself again. The thought of losing her so soon after losing Wife was unbearable.

I began shooting film again in 2013. I experimented with film a bit in 2012, but never posted any results. I bought my first medium-format camera in 2013 and expect to shoot medium format quite a bit in 2014. I’ll shoot 35mm when I need the portability of the smaller camera.

Late in 2013 I bought a medium-format film scanner. I’m still learning to use it and I think it has a problem with its sensor. If so, it will be exchanged. I will be spending time in 2014 learning to use the scanner so I can scan new images and old. I have many, many old negatives and slides that should be scanned to be preserved.

I made a few prints in 2013 from some of my favorite frames. This is now an important part of my life, the making of photographs. I don’t yet know what 2014 will bring in this regard, but I am considering posting a few of my best prints locally to determine if there is any interest in them as fine art.

I added quite a few new recordings to my collection. In particular, I picked up the back catalog of Mason Proffit. Over the years, I really enjoyed much of the Talbot brothers’ work. They were the core of Mason Proffit. I can see how MP became an influence on much of the music that followed them.

I found myself looking for Andrew York’s recordings. Andecy is one of my favorite solo guitar songs. He has a few recordings made over the last 20 years and I picked them up. They are wonderful recordings and the material is interesting.

I am going to take a few online photography classes in 2014. I am working my way through a Photoshop tutorial at the end of 2013/beginning of 2014 now. The objective of the tutorial is to learn alternative methods to simple desaturation to obtain quality black and white images. In January there will be an online class. The instructor will review four captures and post-processing of them and share results in a webinar. This is an easy way for me to get some training.

Learning is important, particularly as we age. I think learning new skills and expanding one’s knowledge keeps the brain active and healthy. It’s also good physically, particularly if you use skills (like photography) to get out and move around.

In January I’ll drive down to Ash Meadows Wildlife Sanctuary for a project I’m working on down there. The Girl will go with me. We’re going to drive back through Death Valley, then through Owens Valley. I’ll use the trip to do a little geocaching and make some images. The Girl will do her usual things — looking for rabbits, peeing, pooping, and sniffing… and keeping track of me.

In January I’ll end my Year of Firsts. I think I will celebrate on 19 January 2014. It will not be a celebration of Wife’s death, but a celebration of her life, her passage into whatever is next for us, and my survival of my first year without her. I will have experienced each of those special days that were important to us as a couple, felt the loss, felt the absence of my friend and soul mate, and survived.

My friend Jim wrote to me “It’ll suck less, but it’ll still suck…” He’s right and that simple statement is something I held on to all year and will continue to hold on to in 2014.

I expect there will be several Texas trips in 2014. I need to show my face to potential partners and clients.

I expect to make at least one trip to Denver to see Older Son and DiL, one to Rolla, Missouri (to see Wife’s family and some of mine), and a trip to the east coast to see Daughter and her family. I’m hoping to make those road trips because road trips are healing to me. I want to take the Girl as well. She’s an excellent traveler. I will also take my cameras along with me.

I expect a Sony A7r will be in my future sometime in 2014. I think my Sony NEX-5N is an excellent camera; surprisingly so. The largish APS-C sensor is as big as most dSLRs in a very tidy package. It has some quirks, but as a box to hold a sensor it’s very good. The metering and exposure systems work very well and it makes accurate exposures. I really like the electronic viewfinder with focus peaking. Because the camera uses manual focus lenses in stop-down mode, the EVF increases the gain so the viewfinder is bright and easy to use. Focus peaking makes getting critical focus much easier than an optical viewfinder (at least for me). Depth of field is relatively easy to gauge. Although Sony’s line of lenses is restrictive and their zooms plainly suck, use of vintage glass through adapters make these little cameras something very special.

I am expecting the Sony A7r to improve on my NEX-5N. It has a full-frame sensor and more pixels than I need. It will mean that cropping will be much easier for those captures where I just couldn’t get close enough. It will be an interesting pairing with the Pentax medium-format film camera, as well as the Nikon film cameras.

I will be developing my black and white film using caffenol, a coffee-based developer. I expect that work to “develop” in a couple more weeks. I have the chemistry in the house and only need a couple more tools to make it all work. Those should be delivered in a few more days.

I plan to take a weapons training class sometime in 2014. These classes are very good for me physically and mentally. Knowledge of use of firearm and blade for personal defense is critically important in a culture that celebrates violence. Although it’s unlikely I’ll ever experience an assault, the probability is not zero. It would be irresponsible for me to be unprepared. My personal view is that such unpreparedness is akin to eschewing insurance.

I worked out that I am on-track to fully retire in ten years. I could partially retire in six more years. I examined both worst-case and expected scenarios for my retirement portfolio and I should be OK financially. Of course, the end of the world could happen and break those plans. But that uncertainty is part of life. If it happens, I’ll figure out how to deal with it.

I am sure there will be other new things for me in 2014. One thing about life that’s interesting is that no matter how well it’s planned, shit happens. Sometimes it’s good shit and sometimes not. But, shit happens.

Enough ruminating for today and for the year. Happy New Year! Be safe, enjoy, and be blessed!