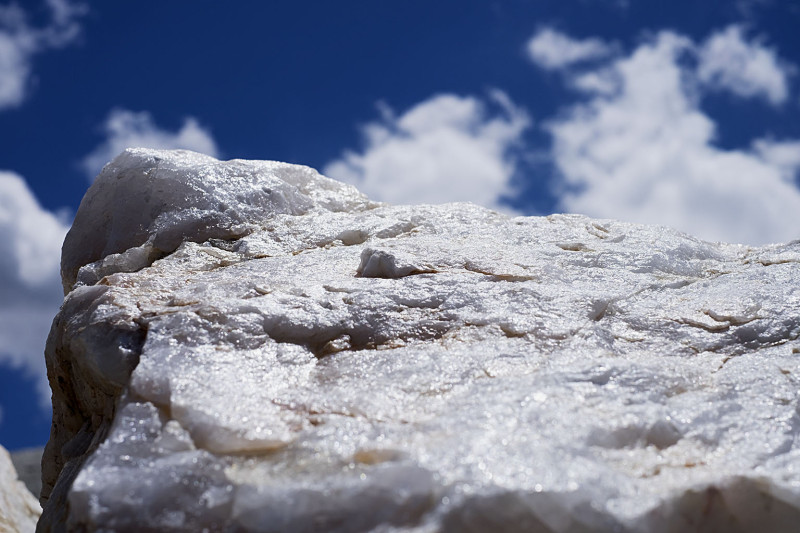 On that same trip toward Verdi Peak (which we never made), we stopped at the Crystal Mine to play around looking for “points.” The mine was active in World War II, when it supplied crystal for radiocommunications. It’s still possible to find whole crystals, but it’s more difficult now than it used to be because everyone wants to find them.

The Girl had a blast hunting around, although I think her feet were a bit sore from the sharp quartz. There was quartz (and many other minerals) everywhere! I wish I had a mineralogy field book along because I still enjoy mineral identification. It’s been too many years since my geology laboratory.

I found a point fragment that was quite pretty. I also found quite a bit of galena and some fairly thin sheets of quartz that I liked.

One of the best parts was playing around with the camera. I contrast of white quartz, blue sky, and puffy white clouds caught my eye. So, I caught the image.