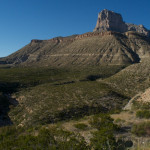 I haven’t written about the long trip home from Texas. I started to, but when the Girl sickened, pretty much everything else fell off my radar. The first part of the trip (the outbound leg) was fast and hard. It’s documented here.

The time in Lubbock was well spent. I did what I set out to do — I sat the dissertation defense, met with some potential team members for my firm, and spent time with friends. It was a fast and furious trip and not everything worked out the way I wanted. But that is the nature of life in so many ways. We plan, we work out the details, and then life happens.

Too soon, it was time to head for Dallas for a Monday meeting. The Girl and I drove down Sunday afternoon. We took the longer way, stopping in Post for a bite (nothing special, McDonalds), then proceeding east on US 380. US 380 is a blue-line highway I rode many times when I lived in Texas. It’s a great path through the rolling hill country of northern Texas and passes through a number of small agricultural communities along the way.

The Girl and I stopped now and again to find a geocache. I allowed plenty of time for the trip, so that wasn’t an issue. The day was warm, maybe 80F, and it was good to get out of the 4Runner now and again. As always, she did doggie-things while I searched for the find. Traffic was not heavy (but what there was moved very fast, so I was careful).

It was finally time to just get there, so we moved to the super-slab (IH-20) and motored on in to the hotel. We checked in, I walked her a bit, and we settled in for the night.

I was up early Monday morning, as usual. I made some coffee and started my morning routine. I was ready to go a bit early, so I knew I’d be there on time. I ate breakfast at the adjacent Denny’s. I arranged to sit where I could see the Girl. I don’t like her to bark while she’s waiting for me in the car. (I won’t leave her if the weather is bad, for those who might think otherwise. When I say “bad” I mean either too hot or too cold. I can always grab a biscuit and coffee from McDs or some other fast-food joint.)

We drove to the first appointment. It was downtown (of course). Urgh. I parked in the parking garage, picking a spot where I thought there wouldn’t be a lot of passers-by for the Girl to bark at and under cover in case the sun came out. The weather was moderate, so I wasn’t worried about her getting too hot.

My appointment forgot/mis-scheduled our meeting, so he was late… I mean really late. I should have just gone on, but I wanted to make the meeting. So, I waited. The meeting went fine, but the receptionist came in and told me someone called and reported my dog.

Dallas is a strange place. Every year there are multiple occurrences of people leaving their children or dogs in a locked car (windows up of course) during those 100F days. Someone dies. It’s stupid. That was not the case this day, because the Girl was in an open car (no one is going to try to get into a car with a pit bull in it) and the temperature was only about 65F. But before someone called the police, I elected to close the meeting and move on to the next.

Of course, the Girl was “pinging” me. She will bark her high-pitched bark, then listen for me. Young Son calls that “pinging.” I think that if she’d been quiet, no one would have noticed. I need to figure out how to train her to wait patiently for me, if that’s possible.

The next meeting was a few miles north. We drove up there for that one and my potential partner came outdoors to be with us. He understood my concern with leaving her in the car and it was a beautiful morning. What could be better? He enjoyed the time with us and made over the Girl. I’m never surprised by that. If someone likes dogs, they like them a lot. The Girl responds very well.

I called a friend and potential partner as I left that meeting and arranged to meet for lunch. He found a dog-friendly BBQ place (Shady Oaks BBQ in Fort Worth) and we met. It was a beautiful day and I enjoyed eating outdoors. I was hungry, the Girl got a few nibbles of Texas BBQ, and the fellowship was great.

I need to get back there because there are more folks for me to visit. It will be another time.

The Girl and I made our goodbyes and headed west. We worked our way to Abilene with only a couple of stops for geocaches. It was late enough that I just wanted to get there. I was tired after so many meetings. We puttered around the hotel a bit, getting out to find a few geocaches and some food, then called it a day.

Tuesday morning we headed west again. We passed through Sweetwater, Texas and the wind farm there. I decided to stop for a break in Midland, Texas and a look at my virtual map. I decided to get off the super-slab and drive some of the state highways and farm-market roads.

I did not realize just how bustling the Midland-Odessa area has become. It was crazy with traffic on those secondary highways. There is a lot of heavy truck traffic as materials are being moved to the drill sites. I stopped along the way for a few geocaches, but was reluctant to let the Girl get out with me. It was just too dangerous.

Once we got closer to El Paso, the traffic lessened and it was possible for her to get out with me. The weather was, again, pleasant and we drove windows-down a good part of the afternoon.

We hit El Paso, found the La Quinta there, and called it a day. We walked a bit so the Girl could do her doggie-business, then settled in for the evening. She is such a good traveler.